control strong emotions and ambitions; this is what has been emphasized by our HOLY SCRIPTURES. Strong negative emotions like anger, jealously etc., if uncontrolled, are destructive in life.
There are a few lines from ‘Atharva Veda’
Words can confer strength
They can drown it off
Words can gain friends
They can turn them
Into enemies
Words can elevate or
Lower the individual
One must learn the habit
Of making one’s words
Sweet, soft, pleasant.
Mahatma Gandhi has also said
Keep your thoughts
Positive because your
Thoughts become your words,
Keep your words
Positive because your
Words become your BEHAVIOUR.

We all are sometimes hurt by people we love very much. It really matters what they say to you. No one can see the emotional or mental suffering through which we are going. In this context I really like to share the poem written by 'Barrie Wade'.
TRUTH
Sticks and stones may break my bones
But words can also hurt me.
Stones and sticks break only skin
While words are ghosts that haunt me.

Slant and curved that word swords fall
To pierce the stick inside me.
Bats and bricks may ache through bones
But words can mortify me.

Pain from words has left its scar
On mind and heart that's tender.
Cuts and bruises now have healed;
It's words that I remember.
Posted by Neetu Nagi at 22:05 No comments:

One day an angel granted a wish to a kind  and joyful man. Man could have wished for anything, but instead he said,"I am happy with the bounty of food upon my plate and joyful with the the love that surrounds me daily.But before dying, I would like just once to see heaven and hell."
The angel took him to hell first. To his surprise he found himself on the edge of a beautiful open green lawn surrounded by tall, graceful pine trees. as he walked to the middle of the lawn, he saw many people seated around a long table with the most magnificent and delicious foods on it.
As he went nearer, he saw the people looked very sickly and thin as if they are starving. he then noticed that the people's arms were locked straight so that they could not bend them to feed themselves.He thought that this is truly hell.
Then he returned to angel and she took him to heaven. Here too , he found himself on the edge of beautiful open green lawn surrounded by tall, majestic pine trees. As he walked towards the middle of the garden and saw many people seated around a great table with the most delicious and wonderful foods on it. But here also people's arms were also lock straight and so that they could not bent. Still these people were happy and healthy.He was surprised again but as he grew closer he saw people of heaven were feeding each other.
The old man smiled and said," this is truly heaven."
This is actually true when we have resources and unable to use them life becomes hell. Sometimes people don't  have much, still living peacefully and happily, it is heaven.
So we should always be thankful for every good thing that comes our way.
Posted by Neetu Nagi at 23:48 3 comments: 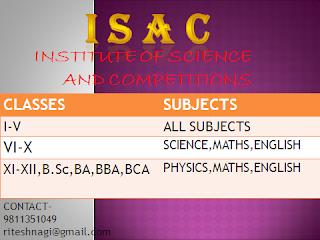 Everyone has just one life to live so live and let live.
When i was 12 years old. My father asked me to meditate for 10 minutes daily. I asked him what shd  I do .He replied sit peacefully especially early morning, (if you don't have time then at any time of day) think about your activities of your previous day. Recall all your activities and think what you did right and what you did wrong i.e. have you done anything that you should not have done.Then try to increase your good things and reduce your bad things. In this way you will be able to improve your behavior. One's behavior towards others judges  a person. If you are good, good will come to you. If you are in problem God will guide you, or your conscious will show you the right path. All of us has one life to live which is too short to do good things so be happy make others happy. Never hurt anyone. Never fight over petty issues.As it is said "peace has its victories more glorious than war".Live your life with dignity n never compromise for your self respect. It is very disgraceful to live life devoid of self respect.
Posted by Neetu Nagi at 23:48 12 comments: